The Grad Experience at the American Historical Association Annual Meeting

This post and the photo above are the work of Andrew Klumpp. Andrew Klumpp is a Ph.D. Student in American religious history in the Graduate Department of Religious Studies at Southern Methodist University.

Shortly after ringing in the new year, I made my way to Washington, D.C. for the annual meeting of the American Historical Association. The weather was unusually frigid, which made trekking between hotels a bit of a chore. Charter buses did shuttle us between venues, resulting in some of both the nerdiest and best bus trips that I’ve ever taken. Luckily, though, the charter buses full of historians weren’t the conference’s only highlights.

First and foremost, AHA offered some of the most robust programming for graduate students that I have seen in my conference travels as a grad student. It provided frequent opportunities for graduate students to receive mentoring from established scholars, attend sessions about the job market, or explore career diversity for historians.

In particular, I managed to attend two sessions that focused on work for historians in the federal government and in think tanks. These sessions highlighted several excellent opportunities outside of the professoriate that are available to historians. In each case, the panelists shared their experiences and also how they used their skills as historians in the current roles. Historians from the National Museum of American History, the Center for American Progress, and the Heritage Foundation all shared about their journey to and work in their current positions.

On Saturday these opportunities conversations about career diversity extended into a career fair. During this event, graduate students could meet individually with historians working in a variety of fields. I chatted with a historian working in the Office of the Historian in the U.S. House of Representatives, a historian at the Department of State, curators at the Smithsonian Institute, and many historians working in exciting roles. I learned about opportunities like the Council on Library and Information Resources Fellowships and the Presidential Management Fellows Program. In each case, these historians offered examples of how to use skills as a historian in fields beyond the professoriate.

Beyond grad student-focused sessions, AHA also offered particularly engaging panels on digital history. Each of the panels on digital history that I attended gave excellent examples of current digital projects and also identified some of the challenges faced by those employing new methodologies. I got to hear more about a number of projects, such as Lincoln Mullen’s America’s Public Bible Project, Kyle Robert’s Jesuit Libraries Project, and Denise Burgher’s work on the Colored Conventions Project. These projects offered outstanding examples of what can be done through digital methods and also helped to emphasize some of the particular challenges of working with digital methods in research, writing, and in the classroom.

In addition to these digital history panels, I also made sure to take in a panel on urban history while at AHA. Admittedly, I am a rural historian, yet one of my favorite things to do at a large conference like AHA is to attend panels that discuss urban history. I always find myself interested in the methods and explanations being used by urban historians. These types of panels sharpen my own analytical approach.

This year I attended a panel focused on urban environments on the edge of what some deem urban. The panel discussed ranches in Nevada, the Black Hills in South Dakota, and the Burning Man festival. Of all of the panels I attended throughout the conference, this is the one that has stuck with me the longest because I continue to wonder if I agree with the whole panel’s basic premise. From my perspective, the spaces explored in these papers appear more rural than urban. What is more, even if they are situated between rural and urban space, as my colleague Joel Zapata reminded me, they may be better understood as borderlands.

I came away from the panel with a bevy of questions. Does any built environment constitute an urban space? Are a cluster of ranches in Nevada really urban or are they a small town like those found throughout rural America? What makes these rural and borderlands spaces appear urban? What are the benefits or drawbacks of such a classification? I still wrestle with the premise of classifying rural communities as simply the edge of urban ones; however, the panel has certainly driven me to examine many of my own presuppositions.

Finally, the last panel I attended got heated, providing some fireworks for the close of the conference. During the question and answer session on a panel focused on religion and good government, a debate broke out about the negative tone taken toward conservative political and cultural figures. An audience member argued that many scholars present the conservative agenda in a negative light while presenting more progressive movements in a more positive light. The audience member highlighted that eight years ago, there were no panels ending with the phrase “in the Age of Obama” while there were multiple panels ending with the phrase “in the Age of Trump” at this year’s meeting.  One of the panelists—a Democratic congressional candidate—shot back rather forcefully and a spirited debate ensued.

By nature, I am inclined to stay out of the fray and did so during the debate. Nevertheless, the moment reminded me that many of the tensions that continually bubble up in our current political environment are not far from the surface even in professional meetings.

As AHA concluded, I happily traded frigid D.C. for Dallas’s temperate winter weather, and I left with a much better sense of the field and the opportunities available to me as a graduate student. I’m grateful for the financial support from my department, SMU’s office of Research and Graduate Studies and the American Historical Association that made the trip possible. Ultimately, I leave grateful for the trip, enlightened by the conversation, and looking forward to continue to pursue my future as a historian.

Interested in learning more about SMU's graduate programs? Subscribe to our blog to hear the latest news about research, life in Dallas, and life as a graduate student.

Is a Humanities PhD Worth It? 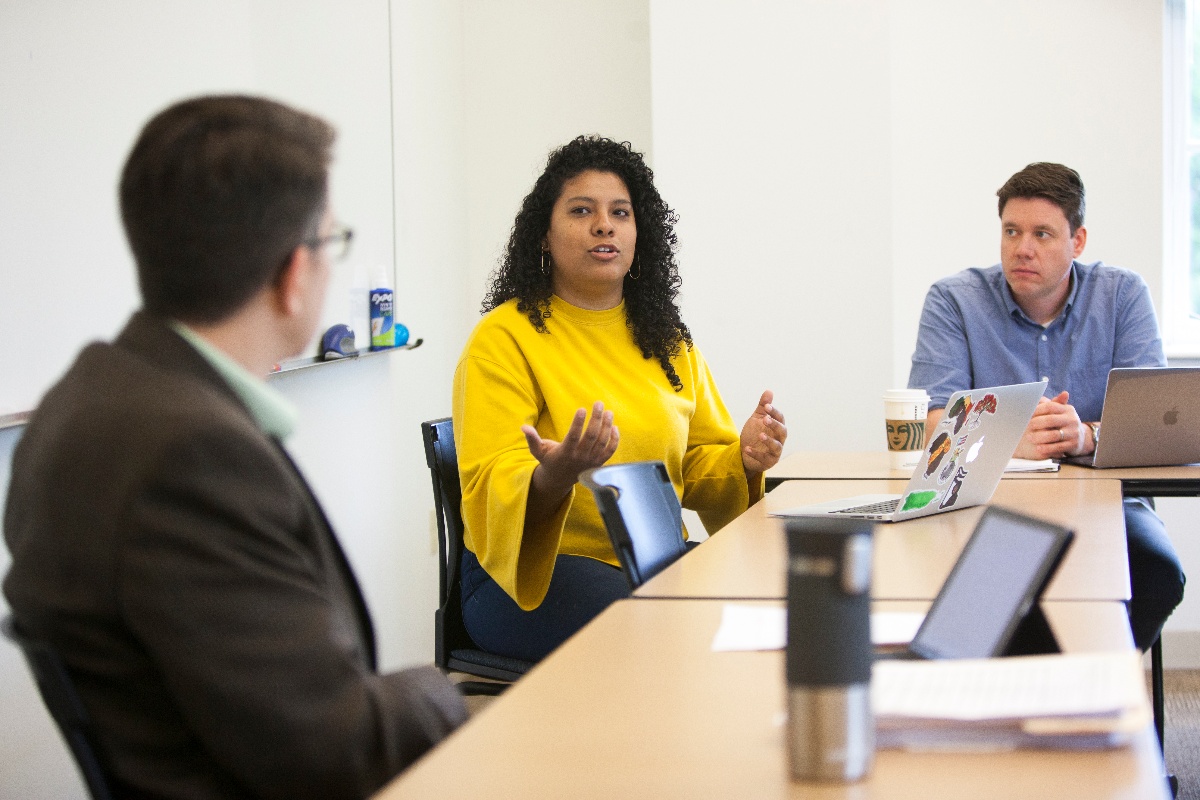