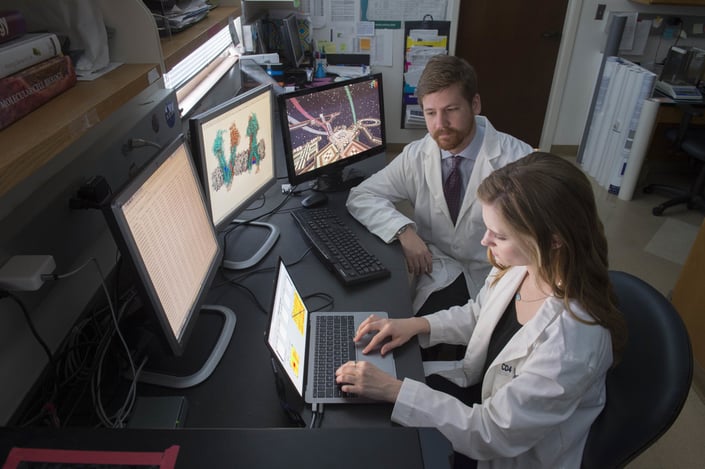 Lauren Ammerman and James McCormick have more in common that being SMU alumni — both of their grandmothers had Alzheimer's disease and they both worked on a recent study at the SMU lab that has the potential to influence Alzheimer's treatment.

McCormick is used to poring through primary research articles. he put that skill to use in researching Alzheimer's after his grandmother was diagnosed while he was a college student.

During his research, he learned of a "good" protein that could potentially expel a "bad," Alzheimer's-related protein from the brain. McCormick decided to join a study led by John Wise, an associate professor of biochemistry at SMU. He used his own skills in computer modeling to help reveal how the protein removal process might work.

Ammerman says her grandmother’s cognition was already deteriorating by the time she joined the SMU lab in 2016. She and McCormick say their personal connections to the disease motivated them to get involved, but it was their scientific curiosity that helped them finish.

What is Alzheimer’s Disease?

Alzheimer’s is a progressive disease in which symptoms of dementia worsen over time. In early stages, memory loss can be mild, but late-stage Alzheimer’s can cause individuals to lose the ability to carry on a conversation or respond to their environment.

Scientists believe the confusion, memory loss and other symptoms of Alzheimer’s result from a build up of a protein called amyloid-beta.

In their recent study, Ammerman, McCormick and colleagues used computer simulations and cell studies to confirm P-glycoprotein’s ability to squeeze out the Alzheimer’s related protein.

“Although this is very fundamental research, I think it does show conclusively that P-glycoprotein does have this capacity to move these [proteins] out of the brain, where they’re no longer dangerous,” said John Wise, an associate professor of biochemistry at SMU and senior author of the study.

While the research may not lead to a cure on its own, McCormick says his own dedication to the research has helped him cope with his grandmother’s diagnosis and decline.

To read the rest of the story, visit Dallas Morning News.

The Moody School of Graduate and Advanced Studies is made possible thanks to a landmark donation from the Moody Foundation. This considerable gift has dramatically increased fellowships for graduate students like Lauren Ammerman, who received a fellowship from the Moody School, and other opportunities for research funding.

This increased funding allows more students to perform life-changing original research like the study described in this article. Learn more about the Moody School and how we're reducing the financial barriers to earning a graduate degree in our new Guide.

Learn more about the Moody School and how we’re reducing financial barriers to earning a graduate degree in our new Guide. 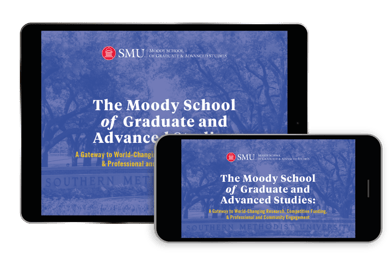 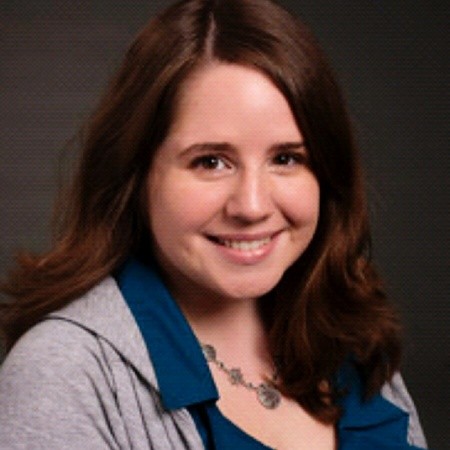 The Director of Recruitment and Admissions works closely with graduate departments across the institution to help promote their doctoral programs to prospective students. She is also a valuable resource for interested students who want to learn more about the graduate student experience at SMU and who need help starting the application process. She has worked in higher education for several years, starting as an academic advisor and transitioning into admissions and recruitment. 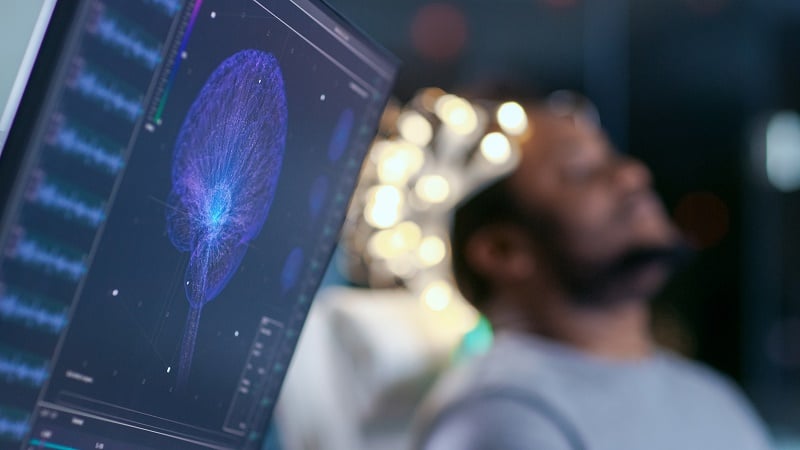 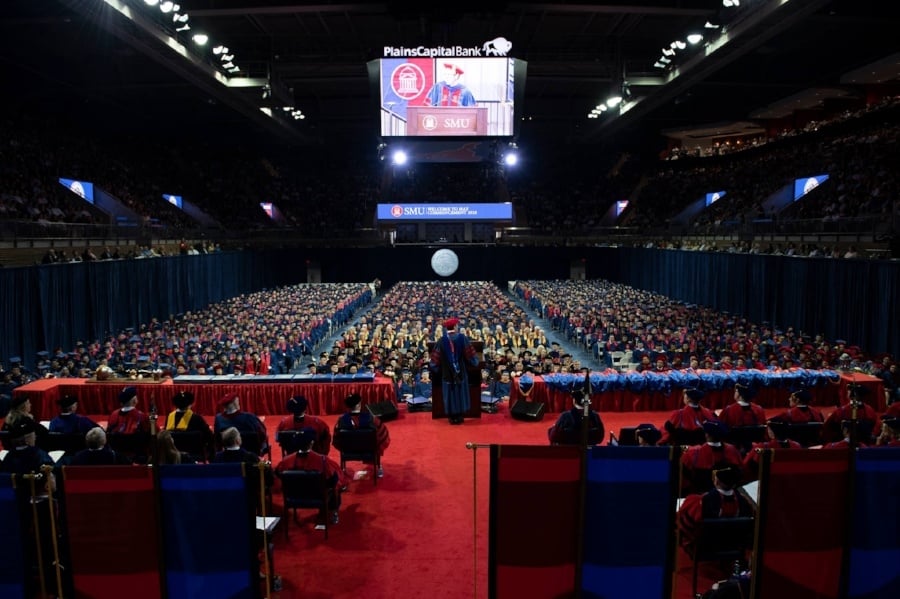